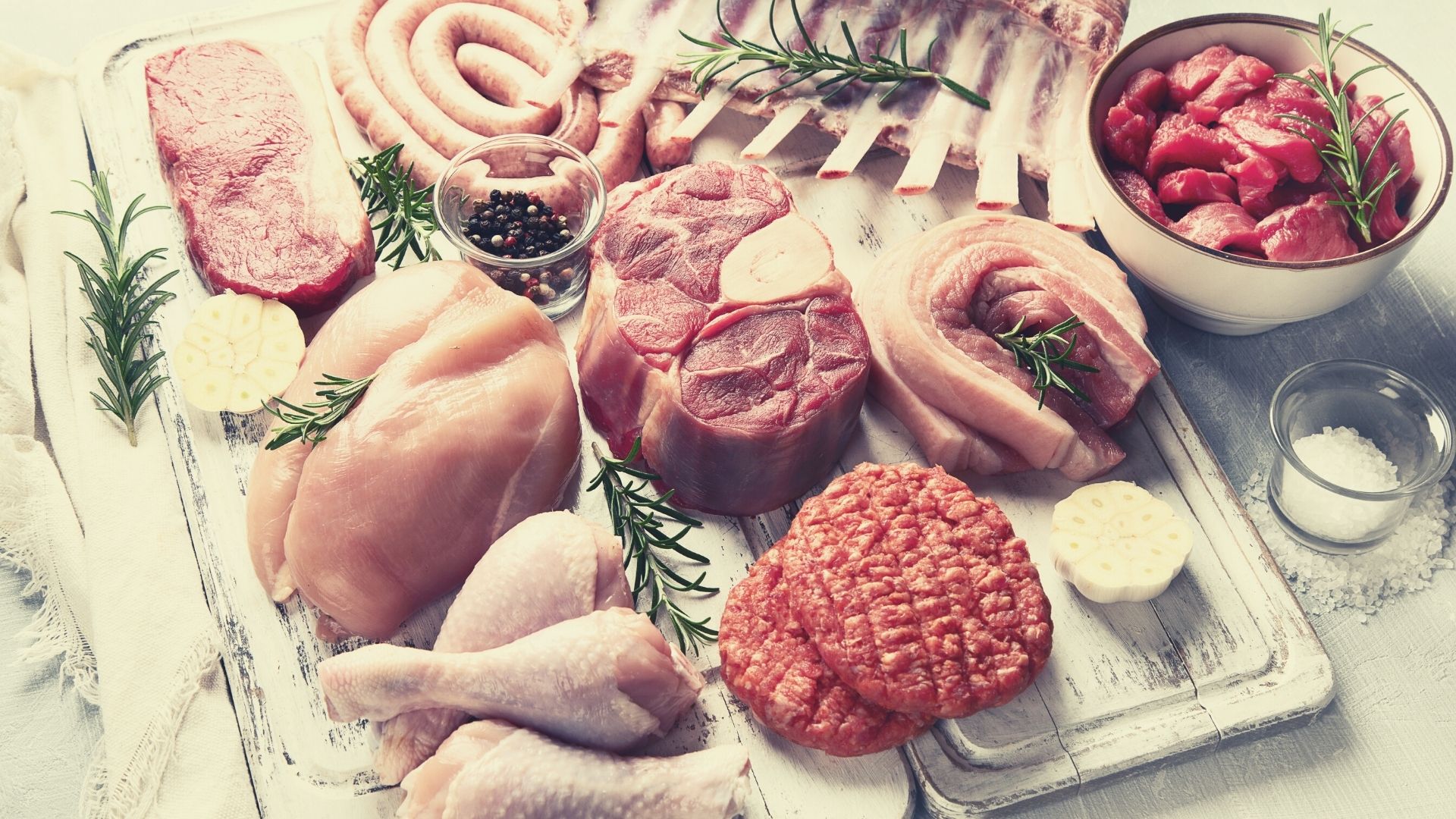 Concerns over Trader Joe’s brutal pork suppliers sparked controversy in 2018. They reacted quickly to the public outcry over their pork suppliers, particularly those who confine pigs in small metal boxes, a practice denounced by animal welfare organizations.

The grocery store chain also acknowledged customers’ complaints about the use of crates by pig suppliers.

The simple answer is that Trader Joe’s sells both conventional and organic beef and cattle that have been ethically produced. When shopping at Trader Joe’s, search for organically farmed meat or meat branded “pasture-raised” for the most humanely raised selections.

What Does Humanely Raised Meat Mean?

There is no legal definition for “humanely raised” as it appears on meat products. As a result, it has no practical significance. Many producers, however, utilize this to claim that their meat and poultry are free-range or pasture-raised and hence more humane than meat and fowl from major commercial meat processors.

However, it is insignificant in and of itself. But, if a remark like this is followed by free-range or pasture-raised, we may be confident that such practices are being implemented.

Another option to ensure organically raised meat is to look for the CertifiedHumane seal of approval. Producers who meet specified standards are certified.

So, if you see their logo on meat or poultry goods, you’ll know what it means – the food was produced in facilities that adhere to strict, objective farm animal care standards.

Where Does Trader Joe’s Source Their Meat From?

Meat and poultry from Trader Joe’s originate from both traditional and unconventional sources. The former are sources that are likely to include antibiotics, while the latter is organic, all-natural, or explicitly antibiotic-free sources (ABF).

It goes on to claim that, based on customer feedback, it goes to great pains to ensure that the latter sort of meat and poultry is always accessible.

As a result, there is a mix of organic and inorganic elements in the selection, and the criteria aren’t especially severe. On the other hand, Trader Joe’s is honest about the products they sell. Their standards, however, are a touch unclear when compared to competitors like Whole Foods Market.

Trader Joe’s also offers meat that has been labeled with the logos of other companies. Most of their products are obtained under a “private label” agreement from other companies and repackaged as their own. Among the meat producers are Kayem Foods, Teva, and Empire.

Is There A Trader Joe’s Meat Quality Criteria?

The meat quality criteria at Trader Joe’s are rather broad. This includes:

Nothing at Trader Joe’s is made with animal cruelty in mind. This excludes animals used in product or ingredient testing and their suppliers or any other third parties. Trader Joe’s does not sell products that have been tested on animals per animal welfare laws.

What Does American Humane Certified Mean?

When you use this mark, you can rest assured that the animals were raised on farms following the American Humane Association’s animal welfare guidelines. Even if they were not grown according to American Humane Certified standards, they can sit, stand, turn around, and extend their limbs.

Each of the animals’ homes provides one type of animal care.

What Is The Difference Between American Humane Certified and CertifiedHumane?

Several certifying organizations require 100% compliance with their requirements to be certified. Still, American Humane merely needs its clients to meet 85% of the total point available for an audit (although it still asks them to complete every audit piece before certification).

Chickens passed down through the generations are known as heritage hens. These slow-growing hens have been naturally mated and lived a long and fruitful life outside. They aren’t as big as their modern cousins, but they are more flavorful and juicy. They’re also a touch more expensive.

Because of how they are raised, heritage chickens are supposed to be healthier and happier.

We can conclude from the preceding that certain Trader Joe’s meat products have been raised humanely and are hence of good quality.

Why Should You Buy Humanely Raised Meat?

It’s reasonable to wonder why you should go to such lengths to acquire humanely raised meat. The “humanely raised” case is quite convincing if you care about your health, animals, or the environment. The following are the top five reasons to go humane raised.

Meat from industrial farms is frequently sourced from farm animals raised in tight, unclean conditions where their fundamental requirements are not addressed. Chickens can’t expand their wings, and pigs can’t turn around in their crates because they don’t have enough room.

They are constantly stressed, subjected to unpleasant bodily changes, and fed a bad diet. Needless to say, these animals lack the ability to engage in natural behaviors and must be provided antibiotics daily to protect them from becoming sick.

However, there is a better approach. Instead of inventory, farm animals can be treated as sentient creatures. There is a technique to grow animals in an environment that prioritizes their well-being. A comprehensive animal welfare program is the least we can do to provide them with the best possible living conditions.

Purchasing a product that employs humanely raised meat will improve your diet. Studies have shown that rearing an animal in a more humane setting improves its meat composition. Stress-induced chemicals like cortisol and adrenaline are abundant in factory-farmed animals, resulting in Pale Soft Exudative (PSE).

PSE meat is lighter in color, acidic, and flavorless. PSE results in the waste of hundreds of millions of dollars of pork each year. This loss of meat quality can be avoided entirely by reducing the animal’s stress.

With the industrialization of farming, it became increasingly difficult for family farmers to compete. Meat commoditization meant farmers had less money to raise animals. Less money meant less space and bad conditions. And, the goal shifted to raising the animals swiftly and cheaply.

Consumption has shifted in recent years, with customers seeking higher levels of quality and transparency from meat producers, who are willing to pay a premium for these benefits. This has increased demand for ethically raised beef and given producers more incentive and encouragement.

It’s Better For The Environment

Factory farms cause major environmental problems. Excessive animal feces generated by factory farms pollute water, air, and soil. Aside from feeding, housing, and transporting the animals, a lot of water is used.

Asking environmental questions of meat producers might help you locate conscientious farmers who are good stewards of their land.

You Are Voting With Your Dollars

Consumer demand has pushed agriculture toward more humane and sustainable techniques. Consumers are willing to pay a little extra for respected animal welfare brands like CertifiedHumane and Global Animal Partnership.

Buying humane brands supports animal welfare – and demand affects supply. Your purchases as a consumer have power and can help farm animals.

Trader Joe’s is well-known for keeping its sourcing a closely guarded secret. As a result, knowing where it gets its meat is challenging. And, their origins will most likely change over time. However, the company’s website states that making non-GMO and organic products available takes a lot of time and effort.

While they stated that some of their meat is conventional, meaning that it was raised with antibiotics, they have a limited percentage of organic meat also accessible.