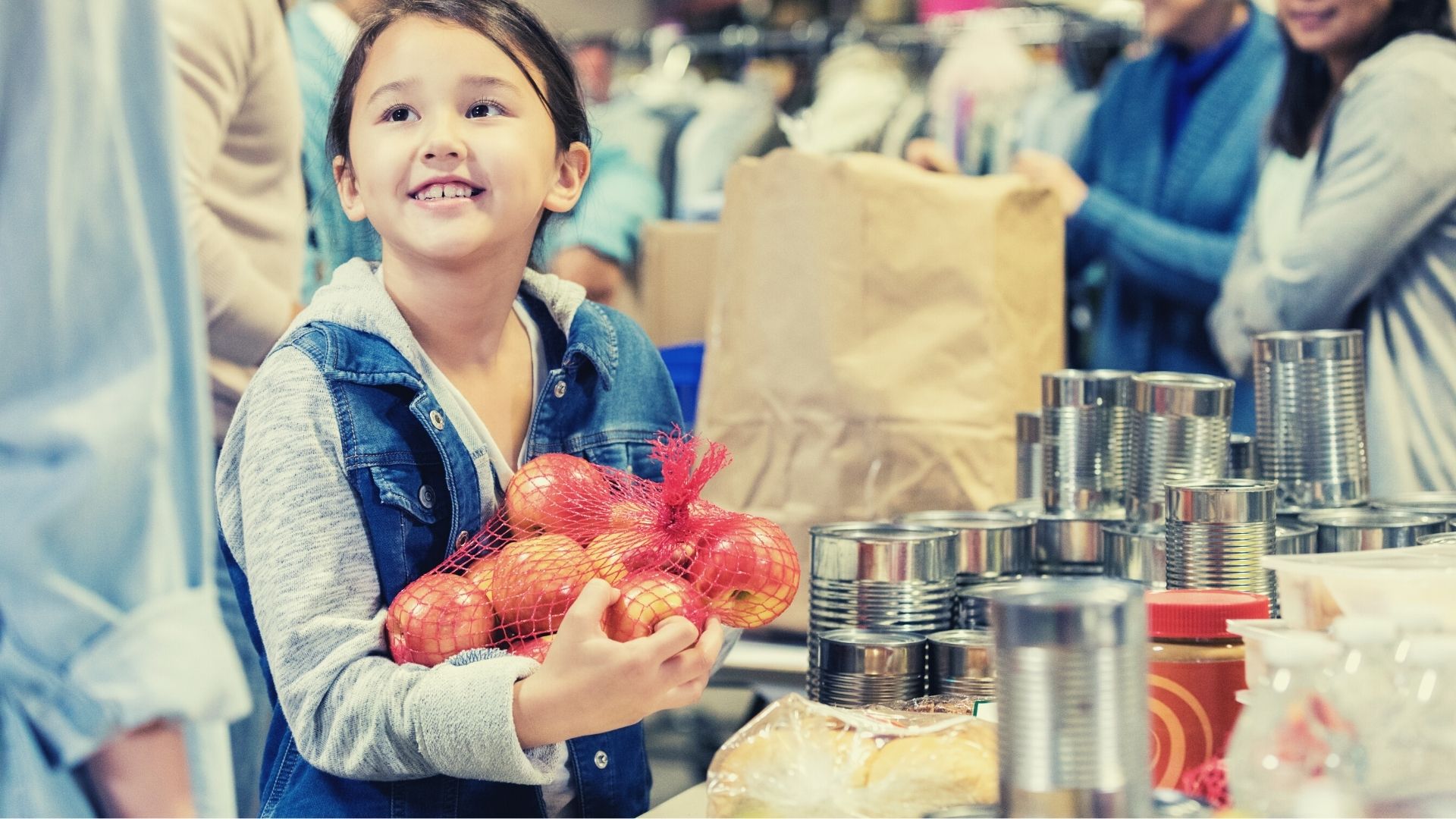 Strolling inside your neighborhood supermarket, you will see carefully stocked shelves and bins full of fruits, veggies, meat, dairy, and baked products. But, ever wondered what happens when these things’ expiration date approaches?

When you buy eggs from Trader Joe’s, one of the first things you probably do is check for cracked surfaces or make sure the expiration date is within a reasonable time. But, once you’ve checked these eggs out and taken them home, it’s unlikely that you’ll consider what happens to those eggs left behind.

Having said that, we’re all curious about one thing – what happens to unsold food in Trader Joe’s? What steps does this grocery store take to reduce food waste?

What Happens To Unsold Food In Trader Joe’s in 2023?

Trader Joe’s donates, according to their website, “100% of food that is not fit for sale, but safe for consumption. This includes items like day-of expiring foods, dented cereal boxes, cartons of eggs that may have a single cracked egg, and pieces of misshapen produce.”

Food waste is a huge problem all around the world. It is estimated that up to 40% of food produced in the United States ends up in the trash.

The negative consequences are numerous. Not only are there many starving people in need of food, but wasting food wastes a significant amount of resources used in food production and transportation. Likewise, food waste contributes to greenhouse gas emissions, contributing to climate change.

Trader Joe’s has one of the most unique food waste management programs among grocery store chains in the US. Their dedication to reducing their environmental impact while assisting their local store communities is part of their dedication.

The long-running food donation program begins in the store in collaboration with Feeding America. Items slated to expire the next day are withdrawn from the shelf each day, scanned, and properly stored before being delivered to a local food pantry or food recovery program.

That means that all food that is “unfit for sale but safe to eat” is donated. This includes meals about to expire, dented cereal boxes, cartons of eggs with a single cracked egg, and misshaped fruits.

Like everything else at Trader Joe’s, the food donation process is well planned and carried out with a smile. A donation coordinator works in every Trader Joe’s shop, overseeing food handling in the store and delivery to local food pantries and food recovery organizations.

Every member of the team is responsible for withdrawing unfit products for sale, scanning them for inventory purposes, and storing them at the appropriate temperature.

Food items are further separated by kind in stores to help pantries arrange what they receive. Employees have also visited food banks to see if there is anything that can be done to improve or streamline the process.

Trader Joe’s is open seven days a week, most days of the year (excluding major holidays when the store is closed). While it would be quicker and faster to throw most of these products in the garbage rather than track, store, and ensure delivery, the grocer’s dedication to the initiative has had a significant impact.

In 2017, the grocery store business contributed approximately $350 million worth of food, totaling 70 million pounds. That’s over 58 million meals, according to Feeding America.

Why Don’t All Stores Donate Their Unsold Food?

Trader Joe’s chooses to deduct the donation as a tax deduction, making it a win-win situation for all parties involved. But, why don’t all supermarket businesses follow Trader Joe’s lead?

There are several reasons for this. For starters, many individuals wrongly feel that the process is a liability. If people become ill due to the donated food, the company would be held liable and face legal action.

But, this is not the case at all. The Bill Emerson Good Samaritan Food Donation Act, passed in 1996, shields companies that donate food in good faith from civil and criminal liability.

Many stores also don’t want to deal with the process’ logistics. Donating food necessitates keeping track of and adequately storing donations and ensuring that they reach a legitimate food bank. This takes a lot of time and effort, and not every store has the personnel, space, or motivation to keep a donation program running.

Some stores may simply be unsure of how to proceed. Only 12 states have created food donation standards. Many willing grocers may be put off by insufficient instruction or information.

Does It Mean Groceries Throw Away Unsold Food?

Yes. Every year, supermarket retailers waste away billions of pounds of food. While some of it may be donated to food banks, food safety restrictions prevent the donation of much of it.

According to a Whole Foods Market employee, most expired food and dented package goods are discarded.

In a recent paper, Harvard Law School looked at the rules in place in all 50 states regulating food safety regulations for food donation. Their findings concluded that:

To put it simply, we have a long way to go in terms of legislation encouraging, supporting, and protecting shops to donate more of what is currently thrown out.

Can Expired Goods Be Donated?

The quick answer is yes, especially in legal terms. According to the USDA, grocery shops can lawfully donate food that has beyond its expiration date.

The exact provisions are:

“Yes. The quality of perishable products may deteriorate after the date passes, but the products should still be wholesome if not exhibiting signs of spoilage. Food banks, other charitable organizations, and consumers should evaluate the quality of the product before its distribution and consumption to determine whether there are noticeable changes in wholesomeness.”

However, in today’s touchy world, many large firms are wary about donating things that could be regarded as problematic in terms of food safety for fear of being sued.

While it’s unfortunate that some supermarkets don’t donate as much as they could, it comes understandably because they’re afraid of being sued by a food bank or charity.

As previously stated, the Bill Emerson Good Samaritan Food Donation Act was created to address such situations. It was enacted to encourage people to donate “food and grocery products to charitable groups for distribution to needy people.”

The problem with this law is that it also states, “This immunity does not apply to an injury to or death of an ultimate user or recipient of the food or grocery product that results from an act or omission of the donor constituting gross negligence or intentional misconduct.”

Because a substantial national grocery chain can’t control the procedure in each of its hundreds of locations, many companies would rather avoid any potential allegations of carelessness or wrongdoing.

After all, they’re putting millions of dollars on the line. Not to mention putting that risk in the hands of workers earning $10 to $15 an hour. Many businesses would rather face backlash for their policies than spend millions on legal fees.

What’s the Difference Between “Best if Sold By,” “Best if Used By,” and “Expiration Date”?

In reality, none of these expressions imply that the food will be rotten after that date, as most people believe, which is why supermarket shops discard items before those dates.

Best If Sold By

This label indicates that the product’s shelf life will expire on that date, and the vendor will no longer guarantee its freshness.

Best If Used By

This label indicates that the product should be consumed before that date to ensure maximum freshness and quality. This is when the product is at its most effective.

This label refers to the last day that the food should be consumed, not because the food is terrible. It relates to the product’s quality rather than its safety.

Which Grocery Stores Donate The Most Unsold Food?

Grocery stores such as Kroger’s, Albertsons, Trader Joe’s, and Wal-Mart collaborate with organizations such as Feeding America to provide food to the needy and homeless.

And, their campaign serves as a friendly reminder that oddly shaped produce, perishable items, and less-than-appealing cartons are all acceptable nutrition sources. That’s something we can all celebrate with a spoonful of their famous cookie butter.