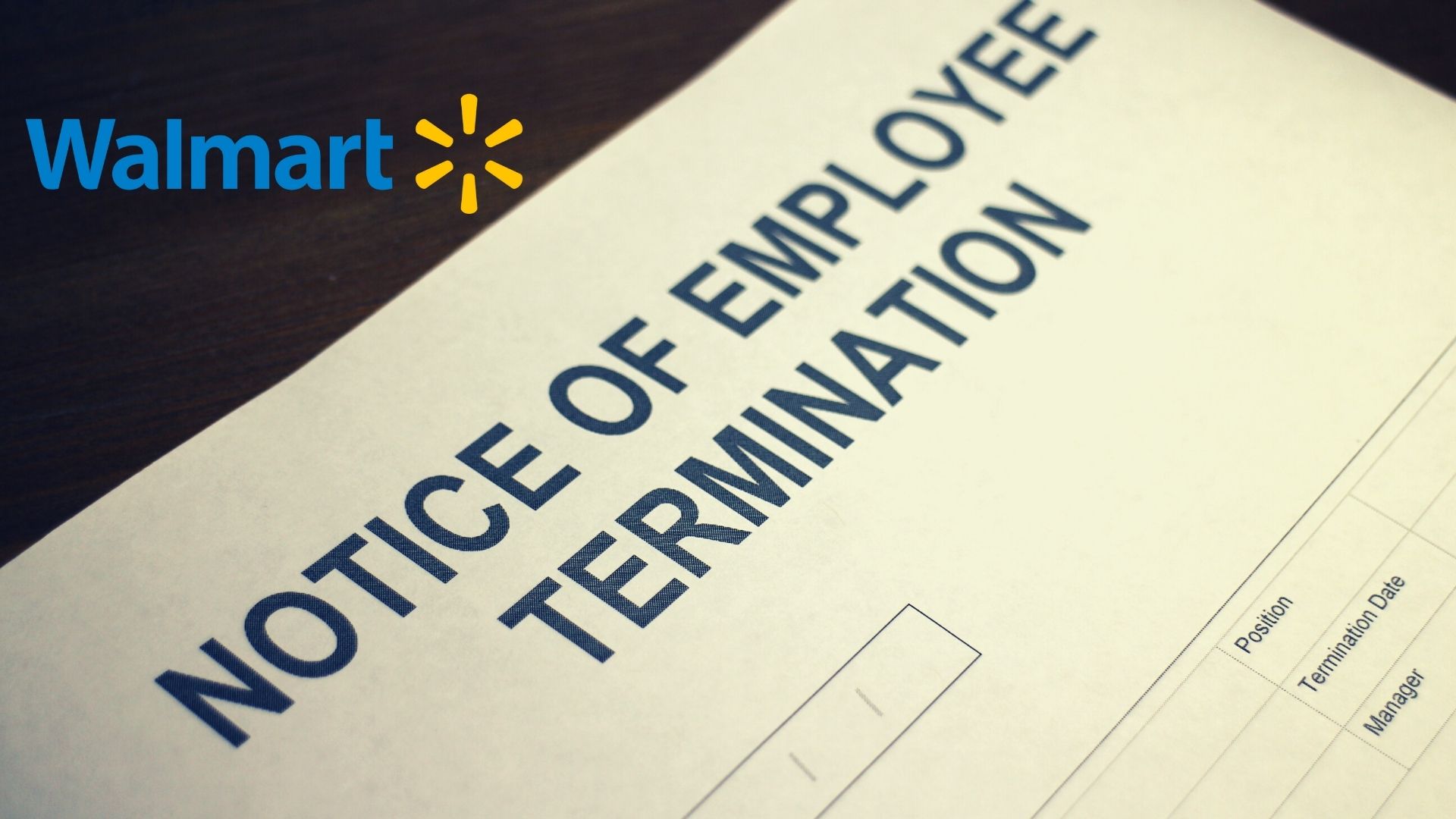 Walmart is clearly one of the biggest employers in the world, with more than 2.3 million employees. Because there are so many of them, it may be possible that not all of them are geared with the qualities necessary for success. As a result, Walmart needs a firing and rehiring policy in place.

This raises the question – what is Walmart’s firing and rehire policy? And, why is it a contentious subject in so many online forums? Scroll down the sections below to learn more about it in detail.

At Walmart, employees have “store-at-will” contracts that let them leave anytime. These contracts state that Walmart can fire an employee at any time and for any reason, as long as it is not unfair and discriminatory.

Walmart uses a points system to evaluate their employees. If an employee gets more than five points in six months, he will be fired straight away. The company won’t even have to tell the employee why they are being let go.

Walmart will never fire a worker because of their race or religion. This reason is against the law. Walmart will only terminate an employee’s contract for a legal reason.

What Is Walmart’s Employee Point System, And How Does It Work?

Walmart keeps track of employee absences with a point-based attendance system. Under this system, each unexcused absence costs an employee one point. Points add up over time, and when a certain number of points have been racked up, the employee may be fired or face other disciplinary action.

The points-based attendance system and the late policy are both essential parts of Walmart’s attendance policy as a whole. Together, these rules help ensure that Walmart runs smoothly and that employees are held responsible for their absences.

Here’s how the point system works:

Why Does Walmart Fire You?

Walmart is not required to say why they fired an employee if their decision was legal and in line with all the laws. Moreover, it is legal to fire an employee the boss thinks is a liability, even if that person hasn’t done anything wrong.

This is also true if someone else’s opinion of an employee makes the store think that person might become a liability, regardless of whether or not the facts back up that opinion.

Walmart is also known for how well their stores run and how friendly their employees are. They have a good system that reprimands employees for mistakes to ensure that a well-known business such as Walmart runs smoothly.

If an employee doesn’t follow the rules and gets five points in six months, they will most likely be fired automatically. A system was put in place to stop the staff from misbehaving by reprimanding those who are sluggish or unreliable.

Is It Easy To Get Fired From Walmart?

Many people think a Walmart job is comfortable and hard to get rid of, but the opposite is true. As was already said, Walmart has a strict points system for its employees to ensure that any bad behavior is reprimanded.

People think that Walmart’s customer service isn’t as good as other stores, so Walmart is working hard to improve this. As a result, if an employee breaks any rules, Walmart managers won’t think twice about adding points to their profile.

Walmart used to have a maximum of nine points before an employee could be fired, but that number has been reduced to five.

Do You Get Your PTO Paid After Getting Fired?

Yes, Walmart gives terminated employees up to five days of PTO they have earned but not used. The employee must have worked for Walmart for at least a year to get the PTO.

In addition, they may be some minor changes to this policy because each state has its own rules about how to end a contract. For this reason, it is best to check the laws in your area.

What Is Walmart’s Process For Rehiring Employees?

Walmart’s “at-will” employment contract states that they can fire you anytime if you don’t meet their standards or expectations.

On the other hand, if they decide they want you back in a different role, they might try to get in touch with you and ask you to come back. It all depends on your job and what your boss thinks is best for you.

Employees who left Walmart and are now looking for work could be rehired if they left for one of the following reasons:

Let’s say you want to go back to Walmart; it is worth noting that you should wait at least three months before reapplying.

Even though you were let go by Walmart, you might still have options. Checking the Walmart termination of employment form to see which circumstances might apply can frequently reveal this information.

Suppose your performance history with the company is recognized as less than satisfactory for the following reasons. In that case, you can apply for the same position, one that is very similar, or apply to a job opportunity at another location you believe you could perform better:

You will be contacted by a manager for an interview as soon as you quit your employment. The decision-makers should explain their reasoning for not hiring you and provide a time estimate for when they will.

When An Employee Gets Terminated From Walmart Payroll, Will They Get Severance Pay?

Yes. If an employee is fired, they will receive severance pay. Walmart announced that they would increase severance pay. The business is taking this action to help the employee even after their dismissal.

This is especially true during the pandemic when the situation created a lot of economic uncertainty. As a result, everybody who is let go from the Walmart payroll will receive severance pay.

Am I Eligible For Rehire After Being Fired From Walmart?

After being dismissed, the employer won’t recruit you for six months. However, there are several solutions. If you discover the position is open and there aren’t many competent candidates, you can try to convince your previous manager to call you in as a temporary employee.

Will Walmart Rehire Employees Who Quit Their Jobs?

Many people frequently wonder – “if I leave Walmart, can I get hired again?” No matter why you quit your Walmart job, it would be best if you always waited long enough before going back.

If you quit before you’re ready, or even worse, if you quit on bad terms, a manager might not want to hire you back. Also, not calling makes a bad first impression and makes it harder for you to get a job again.

Walmart’s policy on firing and rehiring affects its workers in many ways. Policies can be hard to understand, and knowing which actions are grounds for getting fired can be challenging.

This makes it essential to know your rights as an employee and talk to a lawyer if you have questions about your situation.